Be good – Lentil and olive ragu

I don’t mean to break any hearts but here is a cold hard truth – it is a myth that you lose weight while travelling. In fact, it is more likely you will gain weight. I know this because of my reflection in any full-length mirror is ultimately a depressing sight these days. There have been a few too many moments of weakness, usually served in a pint glass, between burger buns or in a tortilla. That’s food on the hoof for you, it is fatty, carby deliciousness, easily consumed in your hands. And once a crack appears in your will-power – that chocolate bar was only cheap after all – weakness will suddenly surge like a dam, cascading dramatically until the day you look in the mirror and internally weep. 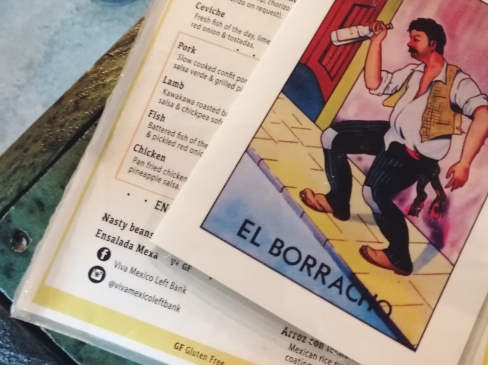 Since arriving in Wellington, what with the distractions of finding a job, flat-hunting, road-tripping, the rugby World Cup – anything, really – temptation has been knocking a little too often. Spontaneous dinner plans are a regular conundrum – to socialise or not to socialise, sitting around the hostel like Billy No Mates with a plate of lentils because that’s all you have in your food supplies is not a enticing prospect. Thus, there have been numerous visits to the local Mexican, where the waiters and chefs now know my friend Laura and I by name and greet us with forced enthusiasm when we appear every Wednesday. Yep, it’s us. Again.

It’s those damn tacos! Ever since Mexico, I’ve had a craving for corn and the soft tortillas at Viva Mexico fulfil those corn needs. Over-excited we over-order and gorge ourselves on molten queso cheese smothering a bed of salty chorizo which we scoop out with tortilla chips. We wolf down guacamole studded with crispy grasshoppers, and share platters of chilaquiles topped with hot pink pickled onions, frejoles, sour cream, avocado, and salsas verde and rojo.

And then there’s the tacos. The tortillas are piled with chicken, pork, mushrooms, cactus, or my favourite, barbacoa lamb. With my first bite of this tantalising taco I swore like a sailor as the smokey meaty flavour hit my tastebuds. Underneath the mound of pulled lamb lies a layer of gently spiced chickpea puree, similar to hummus but a la Mexican. It smooths out the sweet heat of chiles, the tang of garlic and lemon, and adds a creaminess to the taco and you’re soon licking it all off your fingers with relish.

So, to say the least, temptation has had it’s wicked way with me these last few months. It all ends here though (aside from that double scoop of ice cream I just ate). Enough is enough, plus I need to prepare my bikini bod for the looming summer season. It’s time to be good and what could be better for you than home-cooked dinners packed with vegetables? That’s where the lentil ragu came in.

Although the thought of eating a plate of lentils alone doesn’t entice I can promise this recipe has dolled them up so much they’re positively sexy. It’s full of rich, salty olives packing a punch of umami. It’s also hearty and filling, perfect for a cold, wet day. On this particular day rain was pelting down in sheets and my dear friend Marie staggered from the harbour after a month of travel around the South Island. She’d climbed Roy’s Peak, seen the Milford Sound and hiked through Franz Josef, and our catch up wasn’t complete without a plate of hot food. And probably wine.

Marie laid the table with cutlery, wine glasses and bowls, while I heaved over the heavy pans laden with soft, savoury lentil ragu. Sprinkled with basil it wafted scents of Italy as we dolloped the tendrils of spaghetti onto our plates and topped with grated Pecorino. Served with large glasses of red wine and crisp, fresh salad with pickled onions we wound the pasta around our forks and recounted the last few weeks of gossip.

Being good is quite easy sometimes.

@sundayafternoonbakingclub is one of my favourite communities on insta, and when I saw that this week's theme was 'GBBO technical challenge', I couldn't hold back!
Living in the south of France has its benefits, and a Big (with a capital B) benefit are the figs. Especially as three punnets were only 5 euros.
Trout and all the citrus fruits (except orange because Lidl only sell them in a bag of 10 which is excessive in my opinion) so there's lemon, lime and beautiful ruby grapefruit, plus rings of shallot, then loads of olive oil and oregano to remind me this is the Mediterranean depsite all the rain that seems to follow me everywhere ☔ 🐟🐟🐟 once baked there was the most delicious citrussy juice in the pan which was mixed with the couscous dressing which was served alongside. Bish bash bosh done, and was really really good 🍊
Happy birthday to @fimitchy my beautiful, mischevious, hilarious sister, my best friend and kween 🥰👸💁🏼‍♀️ happy 28th birthday Bunny! ❤️
This was my favourite sight of the summer... Yes the beach and sun were heavenly but it really doesn't get better than seeing a box of fresh pastries from the boulangerie, and then greedily devouring them.
A very messy falafel sandwich, it all fell apart as I ate but I think that's a prerequisite for a really good falafel pita.